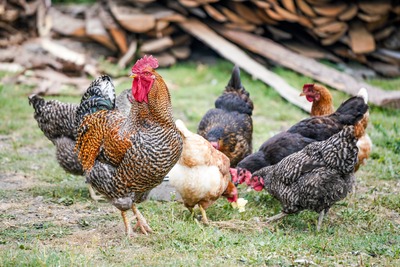 Ever been in a daily scrum that sounds like this?: “Yesterday, I… Today, I… I’m blocked by….”
Does your scrum master still show up to every daily scrum?
Have you heard the one about the chickens and the pigs?

Scrum is an ever-evolving framework. And the events within it evolve too. As a result, some artifacts from past iterations of the events will still linger. You might be wondering where they came from.

It can be helpful to know where we started with daily scrum to understand where we are today. Here’s a brief rundown of the evolution of daily scrum:

The first publication of the Scrum Guide established the daily scrum as “a daily just-in-time meeting used to inspect progress toward the Sprint goal, and to make adaptations that optimize the value of the next workday.”

The intention of daily scrum was to improve communication, eliminate other meetings, identify and remove impediments to development, highlight and promote quick decision-making, and improve everyone’s level of project knowledge.

Functionally, the daily scrum became a 15-minute meeting at the same time and same place every day with the following script for each team member:
1. What he or she has accomplished since the last meeting;
2. What he or she is going to do before the next meeting;
3. What obstacles are in his or her way.

The rule of daily scrum was that only the people committed to turning the product backlog into an increment, namely the team, could talk during a daily scrum. (There was some language around chicken and pigs but we won’t get into that.) The “ScrumMaster” — one word in 2009 – enforced rules around brevity and who could speak. And the team was responsible for conducting the daily scrum.

Interestingly, while the daily scrum was established as a “a 15-minute status meeting,” the 2009 Scrum Guide went on to say, “The Daily Scrum is not a status meeting.” 🤔

The 2011 Scrum Guide moved away from “meeting” to the word “event,” introduced the concept of a time-box, and specified just-in-time as the next 24 hours, calling the daily scrum a “time-boxed event for the Development Team to synchronize activities and create a plan for the next 24 hours.” An added benefit of daily scrum called out in 2011 was in helping the team increase the probability of meeting their sprint goal. This was done by having the development team start to assess their progress towards the sprint goal and completing work in the sprint backlog.

The expectation of daily scrum was for the development team to be able to share a plan with the product owner and scrum master on how they’d self-organize to meet their goal and deliver the increment within the sprint. The scrum master was responsible for teaching the team to keep the daily scrum within the 15-minute time-box.

Rather than explaining to the product owner and scrum master how they will self-organize, the development team was asked only to understand how they intended to do so. The 2013 Scrum Guide acknowledged that team members may meet immediately after the daily scrum for additional planning and discussion.

There were no changes to the daily scrum in the 2016 Scrum Guide (unless you count inserting a line break before “The Daily Scrum is held at the same time and place each day…”).

The 2017 Scrum Guide leaned more heavily into daily scrum as a planning meeting, replacing language like “synchronize activities” with “optimizes team collaboration and performance.” It relaxed the rigidity of the three questions, adding them as examples rather than requirements. And it suggested that teams can choose different formats for daily scrum including discussion instead of question-based, as long as the focus of the daily scrum is on progress towards the sprint goal.

The most notable changes to the daily scrum came in the 2020 Scrum Guide update. The daily scrum – and other aspects of scrum — became less prescriptive, seeking a return to a minimal framework.

The update explicitly stated that the daily scrum is for developers of the scrum team. The scrum master and product owner can participate as developers if they are actively working on items in the sprint backlog.

The developers are allowed whatever format they want as long as it focuses on sprint goal progress and produces a plan for the next day of work. It is still a 15-minute event held at the same time and place every working day of the sprint.

It called out that developers can and should meet throughout the day to discuss and adapt their plan for completing the work in the sprint.

And… that’s it. No three questions. No statement of intention. No scrum master enforcement. No delivering a plan to the product owner. No chickens. And no pigs. daily scrum is in its simplest form yet, with a focus on self-management by the developers.