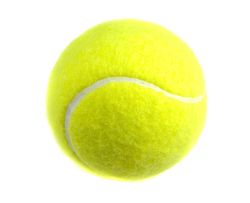 The very first exercise of our two day Agile Project Management class on Monday taught me a few things about optimization. It's a ball passing game, where the group is tasked with devising a system for passing balls around such that every ball is touched by each person, and has "air time" in between–ie, it's tossed, not passed.

On their first try, this group passed a whole mess o' balls without error. In their second iteration, they did even better–better than any prior group, and we'd run this game a lot. Could they improve on what I percieved as perfection?

They could. Chris tasked them with achieving "revolutionary process improvement," which proved the spur–and as the product owner, he "invested" an extra two minutes in iteration planning. They doubled their productivity in the third and final iteration. Still no errors, I might add. If anyone is looking to hire a crack ball-passing team, I've got one for you.

What did they do so right?
They didn't mess with what worked. "Let's stay in our positions, as we're used to the behavior of the person we've already been passing to."

At the same time, they did not settle for incremental improvement, but looked for the leap–"Can we keep our process the same, but pass two at a time instead of one?"

During their planning phase, they did more than they talked, trying things out. "Talk is cheap," one of them said.

When they did talk, it was to inquire. "What are the questions we should be asking," another said at the outset of the third planning round.

The debrief elicited a lot of good stuff, too:

"Since we had no drops, I wonder if we weren't being too risk-averse. We might have had more productivity if we'd allowed more error."

"Haven't we all been in places where a lot of attention was given to optimizing writing code, when people spend 5-10% of their time writing code, and the rest looking for bugs."

"It's exhausting to work on a project when your sense of owner is greater than the owner's."

"We all spend a lot of time grousing about what the people upstream are doing, and seldom give any thought to the people downstream from us."

"Is there such a thing as too much optimization?"