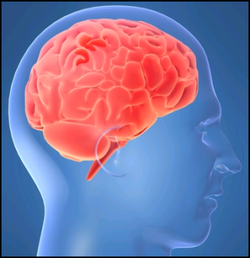 I've been teaching myself Ruby on Rails of late, and as such am getting a good dose, right here in the Learning Lab, of what it's like to learn something new at the ripe old age of 45. I'd say half our clientele is my age, so this is especially useful data.

I started, of course, by struggling through all manner of introductory texts and video tutorials, and I finally re-learned something I'd always known: When you undertake to aquire a skill, any skill, it's not necessarily a good idea to start with an "introductory" text. Why is that?

Your average introductory text says things like, "All you have to do is put tab a into slot b–but be extra careful while short-tacking not to overhaul the sheet or you'll be late flopping the genny and end up in irons." Whaaa? (If you'd taken sailing lessons from me years ago, you might have suffered such advice) The problem with "introductions" is that they're always authored by experts whose expertise does not extend to explaining things. So you get dumbed down instructions with no rationale, often using opaque lingo. They're always bizarrely over- and under- pitched. If you want to learn from the experts, read what they write for each other.

Pick up a text aimed at the "expert" level, and suddenly you find yourself eavesdropping on the real thing, and if you listen patiently, you can learn why something works, which for me is the only way to remember how to do it.
I finally got a sense of the why and how of Rails reading the first chapter of Obie Fernandez's The Rails Way–which a lot of people warn beginners not to attempt. This after several frustrating attempts at self-education through primers and introductions that left me feeling like Ben Stiller in Tropic Thunder when Robert Downey Jr. clued him in about how it's never a good strategy to go "full retard."

Similarly "above my head" are Ryan Bates' Railscasts. I learn maybe 10% of what he's saying each time I watch one, but they're so dense that 10% is quite a lot.

We've talked and thought a lot about the problem of teaching to all levels here in the Lab, and part of the reason Chris has evolved his teaching style to rely on exercises and simulations over lectures is that every level of participant gets something out of the interactive experience, while lecutre material is always either over the student's head, under it–or more commonly, both.

The title of this post is a bit of an homage to one of my favorite texts, Baseball for Brain Surgeons by Tim McCarver, a book that conveys utterly the mystery of baseball by delving fearlessly and lucidly into the mechanical and dramatic intricacies of the sport. The reading of it is punctuated by ahhh!s and ohhh!s and tingly now-I-get-it!s.