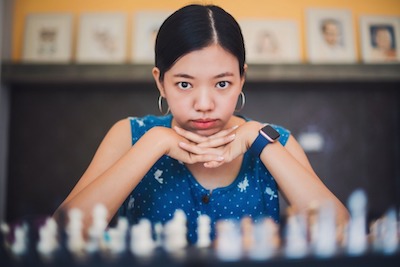 Want to know a secret to making decisions that will lead to better outcomes? Not so fast. Well actually, not too soon. The timing of when you make your decision will have a big impact on how well things work out.

Our natural tendency is to decide too early. It gives us the illusion of certainty. The problem is that you don’t know what you don’t know. Early decisions are made with less information than those we make later. Of course, it is possible to wait too long. You want to make decisions at the last responsible moment. This is the point where the cost of delaying the decision rises to meet the benefit of waiting for more information.

I’ve had fun exploring this concept using a simple casino game. Each player places a two dollar bet on the outcome of two coin flips. The choices are: heads-heads, heads-tails, tails-heads, and tails-tails. If the player guesses right, the house pays $8, otherwise the player is paid nothing. 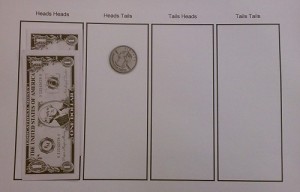 We had 20 people play the game. Each player started with $20, and played 10 rounds. At the end, we totaled up how much money each player had left. Some were winners, some were losers. One poor soul actually managed to lose all 10 rounds! The average stack was almost exactly $20. Overall, the players broke even. 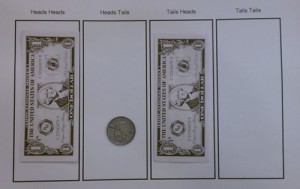 Then we changed the rules of the game. The player was still betting on the final outcome of two coin tosses, but now they only bet one dollar before the first coin was tossed. Once they knew the outcome of the first coin toss, they placed another one dollar bet, selecting any one of the four possible outcomes. The payout was the same as before: for each dollar bet on the correct outcome, the player received four dollars. After ten rounds under the new rules, the players did much better. The average stack of money in front of a player was $33.

By delaying the decision of how to bet the second dollar, the player made that decision with more information. Our casino game has a lot in common with The Monty Hall Problem, which shows how game show contestants do better by not sticking with their initial decision. Want to win that new car (or build a more valuable product)? Make your final decision at the last responsible moment.