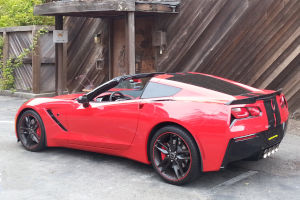 I think it’s very much a part of the human condition to always want more. However, I’m not sure velocity is what you want more of.

Velocity is the average number of story points associated with the stories which get done each sprint. Some sprints, it’ll be higher; some sprints, lower. Knowing the average allows us to make reasonable predictions as to which deliverables will be ready when.

Want a quick way to increase the team’s velocity? Have the team double or triple their story point estimates. The velocity will soar! You may say, “Well, that’s ridiculous.” And I would say, that’s right. We don’t want more points. We want more value.

When do we realize value from the team’s work? Every time a product backlog item (story) is completed. A story is a unit of value. It’s something meaningful to our stakeholders; something they requested. Every time one of these requests is completed, the team has delivered some kind of value.

If we measure the number of stories delivered per sprint, we’re measuring the number of times the team delivered something of value to the business. This is starting to feel like we’re moving in the right direction.

Now let’s consider an inescapable truth about metrics: If you measure something, people will change their behaviors to give you more of what you’re measuring.

Remember velocity? How could the team give us more velocity? They increase their story point estimates. Presto, more velocity. Of course, it’s meaningless. We aren’t really getting more value.

Okay, how do we game the system to give us more completed stories? We break our big stories down into smaller stories. Provided a product owner is making sure each and every story delivers some value, having smaller and smaller stories means we’re delivering increments of value faster and faster. That doesn’t seem so bad.

But wait, there’s more. When we break stories down smaller and smaller, there’s a host of other benefits. For example, we’re parceling out the inherent complexity in the original big story into smaller and smaller pieces. This means fewer technical surprises, fewer schedule surprises, and things in general flow smoother.

The product owner who reached out with this question was worried that they might alienate the team by asking for more velocity. It really could sound like the product owner is calling the team lazy and essentially saying “Hey, I want you to work harder!” Most of us don’t react positively to somebody else telling us we aren’t working hard enough. Especially when that person isn’t going to be part of the harder work they are proposing.

If we set a goal around delivering more stories, as opposed to more story points, then this becomes a cooperative game. One in which the product owner plays a very important part. It would be the product owner, working closely with the team, who would be breaking the big stories down into smaller stories. When the product owner says, “Let’s deliver stories more frequently,” it sounds more like a shared goal. Shared goals bring teams together.

In conclusion, should a product owner ask their team for more velocity? I think it’s the wrong thing to ask for. A better thing to increase is the number of stories delivered each sprint. This will result in value being delivered more frequently. And it will be a shared goal the whole team, including the product owner, can work together to achieve.