Agile coaches often encounter clients that are stuck. They know what they are doing isn’t working, yet they can’t find their way out of the dysfunctional cycle. At least, not alone. The coach’s job is to help their client: 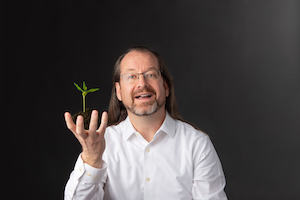 GROW is a framework that a coach uses to guide their client through this process. The client might be an individual, team, or even a whole organization. GROW is an acronym for the stages of the coaching process: goal, reality, obstacles (and options), and the way forward (will do). Let’s walk through the stages of the model, in the context of Scrum.

Carly has been brought in as a Scrum coach to help a stuck team. This team frequently fails to deliver the forecasted product backlog items from sprint planning, and rarely achieves their sprint goal. Despite working harder and harder, the team keeps repeating this pattern. The team and the stakeholders are unhappy.

As a coach, you’ll want to help your client create a goal that is inspiring, challenging, and SMART. This is often an iterative process, with the goal being revised as you guide the client through the other GROW steps.

Carly talks to the whole team, including the product owner, asking how they would like things to be in the future. What future reality do they want to create? The product owner wants the team to regularly achieve their sprint goals, and to deliver the stories that they pulled in during sprint planning. The whole team wants to stop looking foolish in front of the stakeholders, without constantly making excuses for why they didn’t deliver. Carly guides them as they craft the following goal statement:
“Achieve our sprint goal at least 75% of the time, without overtime.”

Before the client can make a plan to achieve their goal, they need to clearly see their current situation. Frequently, people jump to problem solving without fully knowing their starting point. Often they are missing information they need to solve their problem. In fact, this lack of understanding is frequently what has kept them stuck.

Now that the team has a goal, Carly helps them assess their current situation. They already know the surface issues: they are working long hours and not delivering on their commitments. Carly asks how they decide what product backlog items (stories) to commit to in sprint planning. The team shares that they are estimating the hours for each story during sprint planning, and then committing to stories based on their available time to work. Further discussions with the team bring to light that most stories take longer than expected and unplanned work often gets brought in during the sprint as well.

In this phase of GROW, the coach helps the client identify options. Often you will start by brainstorming. More options is better. Don’t worry too much about how good the ideas are. Once a number of options have been identified, then the critical thinking can begin to select the best ones.

Carly helps the team identify a list of possible things to try, as improvements. Carly offers some suggestions, and supports the team as they come up with their own ideas. Some of the options identified are:

Not all descriptions of the GROW model include this part, but I find it helpful. There are obstacles, both known and potential, that may block the path to success. The coach helps the client identify obstacles that are already in the way, as well as those that might arise as the client pursues the ideas generated in the previous step. Often options and obstacles for a bit of an iterative loop, where options have obstacles and obstacles have options.

Carly next asks the team to identify what could go wrong. What issues might make some of these options difficult? The team identifies some possible obstacles:

The team explores these obstacles and tries to find counter-measures to overcome them. For example, Carly tells the team about the emergency protocol for dealing with unplanned work. She also offers to teach the team how to use Easy Estimation With Story Points, to create story point estimates.

Before the team can get lost in analysis paralysis, Carly helps them identify an option that they are ready to try. From there, she facilitates them as they create a plan to try the new approach.

The team decides to try yesterday’s weather to help them make more realistic commitments. They aren’t ready to make the move to story points, so they will use their hour estimates for now. At the end of each sprint, they will check the original estimate for each story that was completed, and total up those hours. In the following sprint, they will commit to no more than that many hours of estimated work.

Carly has the team revisit their goal statement:
“Achieve our sprint goal at least 75% of the time, without overtime.”

She asks them to revise it to be more specific and to make sure they believe they can achieve it. The team adjusts the wording slightly to:
“Achieve our sprint goal in at least 3 out of the next four sprints, with less than half the overtime we’ve been putting in.”

The team agrees to try this for four sprints. After that, they will revisit the topic in a retrospective and decide if they want to modify their approach.

This article is the first of two. The next one is Coaching Questions With GROW.
Here are some sources where you can learn more about the GROW model.