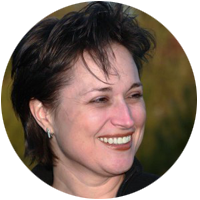 I was writing Lyssa Adkins the other day to update her on how briskly the seats in her upcoming class are selling, and I almost called her a “rock star”… But it just didn’t feel right. Lyssa has absolutely nothing in common with Keith Richards (which is a good thing, believe me!). She’s more of a Christina Aguilera type, which is kind of the opposite of the dark, moody troubled-but-oh-so-talented rock star: Lyssa is open, magnanimous, confident, snappy with a comeback, and very, very shiny–a classic pop star.

So why do we call high-performing software folk rock stars? Rock stars, as we all know, are rebels. They work and play hard, often at eccentric hours. Their handlers know that the rock star does his best work between 2:00 and 4:00 am, while wolfing Fritos and mainlining Mountain Dew. Which is why they oversleep and don’t show up for meetings. They are aloof, distant, mythological beings who inspire admiration from afar–mostly because they’re extremely trying to be around up-close. So they keep their star-struck groupies at arm’s length, and drive their handlers absolutely insane–often with worry. 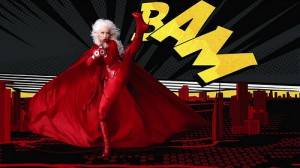 Pop stars, on the other hand, tend to be hard-working, driven professionals who get up at six to do yoga while sipping coconut water and reading the trades. They respect the engine of commerce and enjoy contributing economically as well as culturally, which is why they often have side enterprises producing shoes or handbags (or publishing books) and are always looking for fruitful partnerships. Yes, a pop star understand the value of collaboration and knows she couldn’t do what she does without the contributions of others. Pop stars also love their fans, and treat them with empathy and respect. They may not be as “cool” as the rock star next door, but they are far, far more popular.

You’ll notice that I’ve described rock stars in the masculine and pop stars in the feminine. That’s entirely figurative–think of them as the animus and anima of celebrity-dom. Amy Winehouse, for example, is a rock star. And Russell Brand is definitely a pop star (who plays a rock star).

All of which is to say that if you want to get into Lyssa and Michael’s class in Boulder, CO, on December 20-21, you’d best high-tail it over to the registration page now, because it’s gonna sell out.