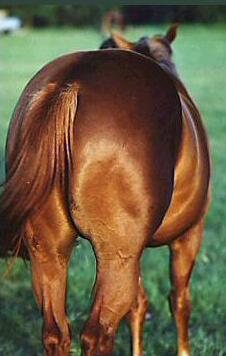 … or, enough already! Is Agile dead, alive, stagnant, the future, the past, the ultimate, the end, the Will of God? Am I doing it right, wrong, backwards, sideways, on a boat, with a goat? Should I get certified by the Scrum Alliance, or the Scrum Horde? And should I even care?

Let me back up a moment, to an aha I had a couple of days ago, while attending the Agile Alliance's reception in San Francisco, which was fun and interesting. The Alliance asked us to form small groups and lob suggestions at their draft roadmap. They were serious about it, too: each group had its own board member to listen and facilitate, and the groups' maps were collected to be used in the planning session on the 'morrow.

One fellow in my group worked for a company that is a leader in successful agile practice and has been for years. He said he wasn't going to Agile 2009 this year, nor was anyone else in his company. The main reason he gave was his feeling that the content of past conferences had been pitched too much at entry level practitioners and the adoption process, and that the cultivation of an expert community of practitioneers (as opposed to a community of consultants), wasn't given priority.

At the Orlando Scrum Gathering, the Scrum Alliance took a lot of well-deserved audience heat for making  "Scrumbut" a featured theme on their new website, including scrumbut curriculum (to their infinite credit they listened and acted, and the Scrumbut content is now gone). Meanwhile, the Scrum Trainers had their own, separate conference after the Gathering–but maybe they should have blended in for the benefit of all. Don't get me wrong, I loved every minute of the Scrum Gathering (full disclosure: Chris and Ainsley Nies organized the Open Space). My point is that I think that talking up to the audience, and thus raising the bar, is important to obtaining true buy in, and solves the same problems scrumbut is aimed at addressing. Think about it: when was the last time you listened to someone who was talking down to you, even if they were right?

Everyone wants to be a part of something cool that works. People sweat for two years to get an MBA because it offers them the path to a bright future,
not because someone told them they were an ass if they didn't; likewise, when all is said and done,
people will learn to practice agile because it makes them better,
faster, stronger, smarter, not because it fixes something broken. Accordingly, I think that the conference that sets aside the corrective, remedial
tone and charges forward into the truth, beauty and complexity of a
brave new world is the conference we all want to go to.

Diana Larsen
said we'd all be bowled over by the program at Agile 2009, and I
believe everything Diana says, so it's possible I'm just talking out of
my scrumbut and this has already come to pass.

Speaking of conferences and smart people, I get to see Kay Johansen tonight at our Agile Games Party (If you're in Portland, come join us!), and I'm looking forward to talking to her about the AgileRoots conference she's co-organizing in Salt Lake City in June, which also sounds packed with top-flight talent. Good times!