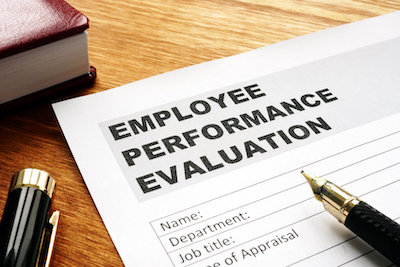 A struggling young cruise line offers a cruise from London, bound for Miami. At the very beginning of each trip, the captain and the two helmsmen make a navigational plan for the voyage. It appears that a straight line, southwest along a compass heading of 220 degrees, will get them to Miami. They plot their course on a chart and file it away, eager to get on to the real work of sailing the ship.

The helmsmen work alternating 12-hour shifts watching the compass closely and adjusting the rudder any time it moves away from their heading of 220 degrees. The work is grueling, but the helmsmen are diligent.

The captain is busy as well. He regularly meets with the maintenance crew, making sure that all the ship’s systems are kept in proper working order. Similarly, he supervises the cabin and galley crews. He also performs many ceremonial duties, such as hosting the ‘Captain’s Table’ at every meal. As busy as he is, he finds time to come by the helm often enough to be satisfied that the helmsmen are diligently keeping the ship pointed 220 degrees southwest.

The company requires that the captain and the helmsmen meet at the end of each voyage for a navigational review. Everyone hates these. After the ship lands in Virginia Beach, Boston, or perhaps even Rhode Island, the captain will pull out the original chart and find that they were supposed to be in Florida. Now he has to figure out what went wrong, write and then present the navigational review to his helmsmen. It’s a tough job. As best as he can recall, the helmsmen always seemed to be working hard keeping the ship pointed 220 degrees south-west. For their part, the helmsmen know they were working hard, and yet every review they seem to get bad news.

Given how painful these reviews are for everyone, it’s no surprise that the captain and the helmsmen are always ‘too busy’ to review navigation during the journey. What they have missed, among other things, is that winds and currents will push the ship sideways. While the ship may always be pointing 220 degrees southwest, it is constantly drifting further and further off course.

After many frustrating journeys, with the company on the brink of bankruptcy, the captain decides to try something new. He makes time to meet with his helmsmen regularly. Together, they measure their current position and compare it to the plotted course. At the very first check-in they discover that the ship is already off-course. “No problem!” the captain declares, “Let’s figure out how to get back on course.” In not much time they come up with a new heading that should correct the situation. At each check-in, they again discover that they have drifted off course, but they are getting good at coming up with corrections and the discrepancies are getting smaller and smaller. By tracking their progress during the voyage, they get increasingly confident that they will actually land in Miami.

At the end of this voyage, the officially required navigational review is easy. The news is good: they made Miami! It’s not really news; they all know where they are and how they got there. The notes from the check-ins reveal the sequence of discoveries and corrections. Instead of delivering bad news, the review is good news along with a discussion of the lessons learned and how they might apply them on the next journey.

With cruises landing in Miami much more often than in Rhode Island, the passengers are happier. Happier passengers lead to more business, better profits, and raises for the captain and helmsmen. The company can even afford to hire a few more helmsmen so that they won’t have to work 12-hour shifts anymore!

Just as reviewing the navigation of a cruise ship isn’t effective when it’s done once, at the end of the journey, reviewing the performance of employees once a year isn’t very useful. To be an effective tool for increasing performance, the review needs to be an on-going process, not an event.