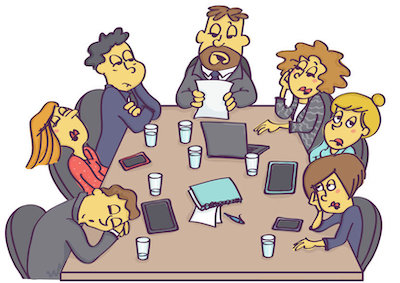 It was a bad day at Geekaplex. A star developer’s computer had crashed hard, taking a week’s worth of new source code with it. The big boss was furious! I spoke up, “We need source control and a backup system.” The big boss looked at me and said: “Get some people together and make it happen!” I called my first-ever meeting and invited all of engineering.

Meeting day came and about half the engineering department showed up. After waiting a while to see if more people would come, I started: “I think everyone heard about what happened last week. I think we need a source control system and a backup system too. Who wants to start the discussion?”

Surly Jim snorted. Several people chimed in to agree that we needed source control and backup. A few were worried that using source control would slow them down or get in the way. Billy told a story about the time his previous company’s source control system crashed. Ken said that to be elite, we needed to run Submarine-Version on SlackHat. The meeting rambled on. Finally, Surly Jim burst out “Why are we all here?! What’s the point of this meeting?!” The room got very quiet, and then Socrates spoke up: “I think we have done all we can today. Let’s wrap up for now.” Everyone, including me, was relieved. 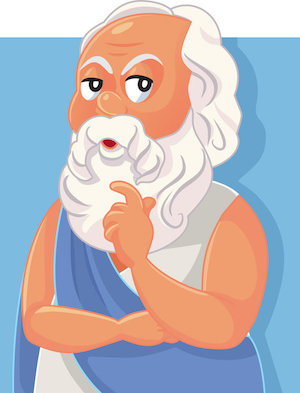 As people shuffled out, Socrates stayed behind. Socrates wasn’t his real name, but that’s what everyone called him. Maybe it was the long grey hair, or maybe it was the wisdom from his vast experience. He had done pioneering work at PARC, Atari, and All Your Base before they were acquired by EvilEmpireSoft.

He asked me what I thought of my first big meeting. “I feel like I just wasted everyone’s time.” I bemoaned. Then he asked, “So, what will you do differently next time?” I said that I wouldn’t invite Surly Jim. “Actually, he may have helped you the most, because he raised a key question: What was the point, or goal of that meeting?” I thought about it for a minute, and said that it was to talk about source control and backup. “Well then, you should be happy with the meeting. We talked about those things for some time.” Now it was my turn to snort. “Sure we did, but we didn’t get anywhere!”

Socrates then asked me where I had hoped to get. I replied that I had hoped that we would walk out knowing what source control and backup systems to adopt. “So, you wanted the goal of the meeting to be choosing source control and backup systems?” I nodded. After a thoughtful pause, he said, “That’s a much better goal. It describes a testable outcome. It’s also the sort of decision that requires multiple people, and thus a meeting might be appropriate. Sometimes when we see our goal clearly, we realize that a meeting isn’t the right way to achieve the goal.”

I asked him what else I could have done better. He smiled and said that I should have created an agenda for the meeting and included it with the meeting invite. He recommended I start with the agenda template from Agile Learning Labs.

The meeting may have crashed and burned, but at least I was learning something from the experience. I need to start with a clear goal. Then I should decide if a meeting is really the best way to achieve the goal. If a meeting is the right approach, I need a meeting agenda to guide us toward achieving our goal. Thanks to Socrates, I was learning.